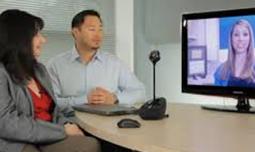 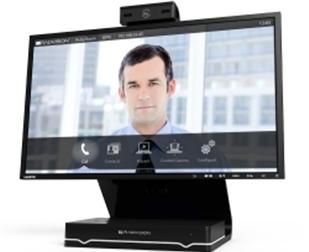 As the adoption of Video Conferencing grows, so the demand for more ad-hoc conferencing is enabling a new breed of Video Conferencing rooms. Polycom, Cisco and Avaya offer systems that can replace the display on an executive desktop to allow that person to schedule a video conference at anytime. These systems can be situated in a break out area or a smaller meeting room and cater for three participants with ease. The Avaya Executive VC240 is one such example in collaboration with Samsung offers a high end 24" LED display with a powerful video codec and high definition camera. This unit, whilst designed for the Executive desktop is equally at home in the small meeting room or even in a break out area. For versatility the unit also house a 4-way multiparty control unit.

As modern PC and Macs get more and more powerful, the Video Conferencing industry has not been slow to capitalise by developing easy to install and easy to use clients enabling users to join video conferences from their desptop or laptop computers. However, for some smaller rooms a network desktop with an HD camera and a client such as Avayas SCOPIA Desktop is all you need to set up a room for well under £1000 including the PC and Display! The camera in the picture opposite is the Logitech BCC950 Pan Tilt Zoom (PTZ) high definition camera with echo cancellation and can easily facilitate a good quality video conference in those smaller rooms for two or three staff.